In the 1920’s and 1930’s, the Lamb family had a fresh fruit shipping and packing enterprise.

The Lamb Foundation logo is derived from an original fruit box label from the Lamb Fruit Company. 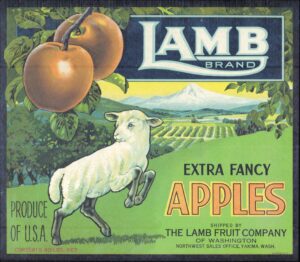 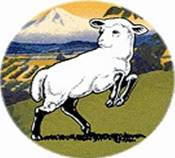 In 1933 F. Gilbert (Gib) Lamb, who was then 18 yrs. old, assumed the responsibility for the newly formed F. G. Lamb & Company business with help from his brothers.

In the late 1930s and early 1940s, Frank Gilbert “Gib” Lamb became involved in the newly emerging frozen food industry. This became a focus of his business and in 1950 he incorporated Lamb-Weston, which became a leader in frozen pea processing. By 1961 Gib invented and patented the Lamb Water Gun Knife, which allowed potatoes to be cut mechanically, in uniformly straight pieces (french fries), which gave the company an advantage. The business thrived and grew to become a leader in the frozen foods industry.

In 1971 Gib sold his shares of the business, retired, and started a family foundation, originally named OCRI Foundation. OCRI Foundation made grants from 1971–1997. Early grants were largely dictated by the personal interests of the directors and unsolicited requests until 1996 and 1997, when the board developed a mission and areas of interest that are very similar to what Lamb Foundation has today. (See our current mission and areas of interest on the Home page) At that time the name was changed to Lamb Foundation.

Over the next several years, Lamb Foundation continued to make grants responsively, and experimented with different ways to address the growing number of proposals and community need. The Lamb Foundation board carefully reconsidered its grant-making practices as grant requests increased and grant awards became smaller and smaller. In 2004 Lamb Foundation instituted a policy of accepting proposals only from organizations that had been invited to submit.  See the Grantmaking page and the Grantmaking Process page.